Mark Stein was a playwright in residence at NPT thanks for the National Endowment for the Arts.  We produced several of his plays in readings and full productions.  He went on to win the Hineman Award at the Actors's Theatre of Louisville for his one-act play, GROVES OF ACADEME, to pen several movie scripts such as HOUSE SITTER (with Steve Martin & Goldie Hawn), a TV movie and others.  His book HOW THE STATES GOT THEIR SHAPE (his first venture is non-fiction prose) is a wonderfully informative read that also features Mark's great sense of humor.  More on Mark in the future ... when there is time. 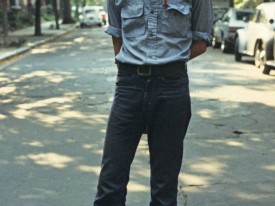 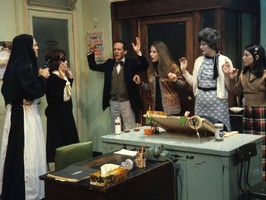 Many more pictures of Mark and his plays at NPT will appear here in the future.