Harry was a pioneer in the Washington, DC small theatre movement, the precursor to DC’s large and now flourishing professional theater community.  He was a founding board member for the Helen Hayes Awards, and he wrote, directed and produced the Inaugural awards ceremony at The National Theatre in Washington, DC.  He co-founded Washington’s New Playwrights’ Theatre and led its growth for 12 years producing 72 productions (nearly all world premieres) and hundreds of readings of new plays & musicals.  In addition, he was a founding member of The League of Washington Theatres, the first association of non-profit professional theaters in the Nation’s Capital. 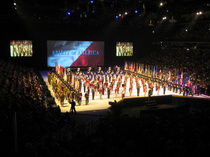 For 30 years he has been writing and directing special events for a wide array of clients including Arena Stage, The United States Army, The International Association of Fire Fighters, The Anti-Defamation League and AFSCME.  When not writing and directing specialty material for industry meetings, Harry has spent the past several decades writing for the legit and educational theatre market. 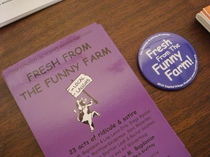 From 1995 to 2012, Harry directed the projects of The Comedy Academy (TCA) which ran afterschool programs teaching middle and high school students comic acting and writing sketch comedy.  During the course of each year, TCA would produce cabarets and full productions showcasing original musical and sketch comedy material.  FRESH FROM THE FUNNY FARM: Local Laughs featured two hours of TCA comedy material and was a hit at the 2010 Capital Fringe Festival playing the Warehouse Theatre in Washington, DC. 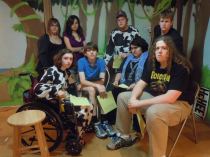 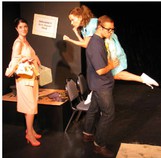 Harry’s plays have been produced by The New England Actor’s Theatre, New Haven, CT, Source Theatre (Lewis Award winner) and Imagination Stage, and others.  In July 2013 his one-act play CARRYING ON was produced by the Eclectic Company Theatre’s “Hurricane Festival of New Works” in Los Angeles, CA and won the “Audience Favorite” Award.  The play is now published by Dramatic Publishing.  He has co-authored four theatre for young audience plays with playwright Ernie Joselovitz (as commissioned by Bethesda, Maryland’s INAGINATION STAGE.)  Three of these collaborative pieces have been published by Dramatic Publishing and performed in schools and theaters throughout the U.S.  This includes the heartwarming story of a young Irish girl who simply wants to be "normal," JOURNEY TO THE WORLD’S EDGE, A FOLK TALE IN THE IRISH TRADITION.  On a bet with Lawrence Harbison (then publisher of Samuel French, Inc., the largest publisher of plays and musicals) Harry & Ernie created a new comedy for the community theatre market, LOVE BY THE NUMBERS. Mr. Harbison liked it and he published it. Twenty-one years later, it is still in print and enjoys an occasional production.